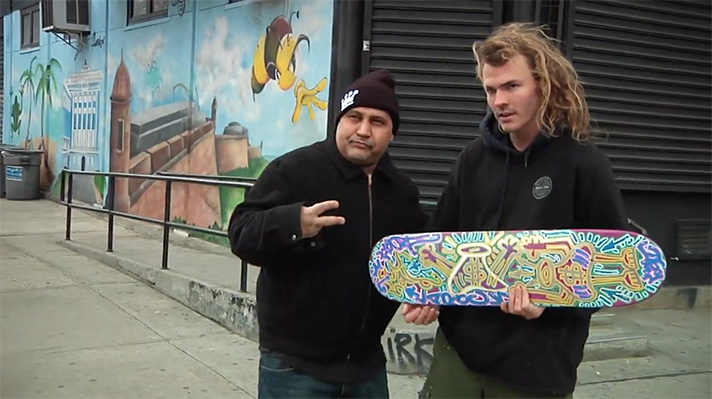 Features full-length parts from Cyrus Bennett, with his second 10/10 part of the year; Andrew Wilson, whose *spoiler* sign-punch ender made me #lol; Max Palmer, retreading familiar Max Palmer locales that date as far back as the Columbus Park back noseblunt from Mama’s Boys; and Nik Stain, with his truest follow-up to The Bruns Part™.

Also includes Stu’s fourth (fifth?) attempt at The Drop-In™, and not nearly enough Mitch footage. (What the fuck, Mitch.)

Watched it twice back-to-back and the Easter eggs referencing past projects from Johnny and everyone continue to reveal themselves, making it all the more special for anyone who has been along for the ride of watching these dudes grow into some of the best skaters working today ♥